In response to the pandemic we are introducing: 2020/21 Bach Tree Online Academy. The Academy will offer topics during early 2021, and offer a month of exploration into that topic. Participants will work with the instructors to get the most our of the featured topic for their personal creative needs and to hone their artistic output. Content will be provided weekly and will be available to registered participants live over zoom. Recordings will be available following the sessions.

Session 1 – Introduction & Overview A cross-disciplinary approach to improvising, presenting composition and improvisation as ‘opposite sides of the same coin’. Participants will be expected to bring musical sketches for the forthcoming sessions.

Session 2 – Techniques (Part 1 of 2) Developing melodic, rhythmic, and harmonic ideas into highly personalized content for improvising. How to transcribe and analyze. Exploring the creative possibilities of techniques of ideation and iteration, using participant material as examples.

Session 4 – Professional level strategies How to define your artistic voice. Placing improvisation in a larger context. Curating concert programs. Striking a balance between unity and variety.

$200 USD per monthly topic includes 1 month of weekly sessions, instruction, and additional resources. (Scroll down on the above Eventbrite registration for for this option, or register directly from Eventbrite).

Scholarships are available – preference will be given based on financial need, with additional consideration given to musicians serving underserved communities, representing marginalized groups, and musicians in NH/Claremont area. Click here to apply, contact melissa@wcc-ma.org with questions.

ABOUT the Bach Tree

Step far beyond the musical page to develop your creative and collaborative skills and amplify your craft. In this program you will work with internationally acclaimed and well-travelled musicians Dinuk Wijeratne and Nick Halley. An intensive workshop using the extraordinary Bach Canons as a foundation for performance, composition and improvisation, with an aim to broaden the skill set and imaginations of all participants. This program will combine group and one-on-one learning tailored to the individual’s goals and interests including styles of improvisation, composition, and performance techniques. Participants work on elements of their project in-between meeting times, and the program culminates in a showcase presenting work created in this weekend workshop. It is our hope that if guidelines allow that we will be able to offer some in person instruction for those able to attend in late spring/summer. We’ll continue to offer digital access to key components on that weekend. Questions? contact melissa@wcc-ma.org

Topics: The core content of the Bach Tree program includes concepts of composition, improvisation, performance, and rhythm. Each year the exact cross-disciplinary content offered is shaped by the needs and interest of the participants, and matched with the skills of the Bach Tree team. Perhaps you are an educator interested in composition who would also like to improve your conducting skills in the classroom. Or maybe you are a classically trained musician interested in learning more about improvisation and expanding your rhythmic toolkit.

Who is this for?: Bach Tree is for curious, ingenious learners who love to think in a cross-disciplinary way and want to expand and diversify their skill set. It is best for students with a solid music foundation under their belt (Advanced High School and University level students) through professional musicians and educators. We’ll have groups and offerings tailored to the skills of most interest to you. This is a great opportunity for teachers to get professional development hours, for professionals to explore new/expanded areas of musicianship, and for students to leap off the written page.

“Bach Tree has become a highlight of my year!  I love how this program not only offers compositional workshops, but collaborative sessions geared towards improvisation and performance.  Dinuk Wijeratne and Nick Halley have so much to offer; their musicality, wisdom, and unique perspective from years in the musical world combine into something really special.  They are a talented and charismatic duo, and time spent working with them is invaluable!  I always come away from a weekend in beautiful Western Claremont feeling inspired, challenged, and excited to keep building my own sound.“
Kirsten, Piano Performance Major/Composer

“The Bach Tree program is an opportunity that can’t be passed up. I was able to work with Dinuk Wijeratne, an experienced composer, conductor and pianist, who walked me through a difficulty I had with composition and gave me so many tools to conquer it. The whole weekend I was able to listen in as he and Nick Halley explained their take on life as a musician and what they had learned from experience. They answered my questions, but also gave me so much more to think about, most importantly ideas for how to continue to learn and problem solve on my own.”
Nate, University Music Student and Composer

“My daughter Olivia had the opportunity to attend [this] three day workshop. I was able to sit in the class Friday and Saturday and observe the content being presented. I was immediately drawn into the delightfully calm, positive and sincere interest and enthusiasm given from the musicians teaching the class. The  interest in each student in their skills, gifts, and composition pieces was clearly evident from the beginning of the class.  I found that the workshop taught how to compose a piece of music, rhythm, and bringing the students together with their separate talents working as a whole unit. The highlight was Sunday, the last day of the workshop. Seeing just a small piece of musical composition started on Friday, and witnessing the fantastic end result as the class performed with flutes, vocalists, piano and drums was a thrill and truly amazing. The teachers gave the audience a clear understanding of the workshop’s fundamental ideas and construction process. From the perspective of a parent and community member, I would highly recommend this workshop for any age and skill level. Without a doubt, my daughter has taken with her a new sense of achievement in composing melodies, and how to do so in a concrete and yet creative way.“
Lisa, mother of HS voice student and composer Olivia 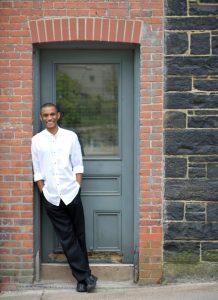 {“type”:”block”,”srcIndex”:17,”srcClientId”:”1f5dc408-1112-40ce-bb21-3ff55d42b0b8″,”srcRootClientId”:””}Sri Lankan-Canadian Dinuk Wijeratne is a JUNO, SOCAN, ECMA, and Masterworks-winning composer, conductor and pianist who has been described by the New York Times as ‘exuberantly creative’ and by the Toronto Star as ‘an artist who reflects a positive vision of our cultural future’. His boundary-crossing work sees him equally at home in collaborations with symphony orchestras and string quartets, Tabla players and DJs, and takes him to international venues as poles apart as the Berlin Philharmonie and the North Sea Jazz Festival. Dinuk has also appeared at Carnegie Hall, the Lincoln Center, the Boulez Saal, Kennedy Center, Opera Bastille, Teatro Colón, and across Sri Lanka, Japan, the UK, and the Middle East. Dinuk was featured as a main character in ‘What would Beethoven do?’ – the documentary about innovation in Classical music featuring Eric Whitacre, Bobby McFerrin and Ben Zander. Dinuk grew up in Dubai and took up initial composition studies at the Royal Northern College of Music (UK), later studying with Oscar-winning composer John Corigliano at the Juilliard School. Dinuk has composed specially for almost all of the artists and ensembles with whom he has performed; to name a few: Suzie LeBlanc, Kinan Azmeh, Joseph Petric, David Jalbert, Bev Johnston, Zakir Hussain, Yo Yo Ma and the Silk Road Ensemble, Sandeep Das, Tim Garland, Nick Halley, Ed Thigpen, Ramesh Misra, Ed Hanley, Eric Vloeimans, Buck 65, the Gryphon Trio, the Apollo Saxophone Quartet, TorQ Percussion, the New Juilliard Ensemble, the Afiara and Cecilia String Quartets, and the symphony orchestras of Toronto, Vancouver, Calgary, Winnipeg, Nova Scotia, Buffalo, Illinois, Windsor, Victoria, Asheville, and Thunder Bay. His music and collaborative work embrace the great diversity of his international background and influences.

Nick is the founder and Artistic Director of the Capella Regalis Men and Boys Choir in Halifax, Nova Scotia.  He is the founder and Director of The King’s Chorus, a choir for members of the King’s and Dalhousie University communities in Halifax.  Nick is also the Assistant Director of the acclaimed University of King’s College Chapel Choir directed by his father, Paul Halley.  He is Cantor and Director for the chapel’s male Compline choir.  He is now also Assistant Director of Music at the Cathedral Church of All Saints in Halifax.  In 2012, Nick was awarded the Queen Elizabeth II Diamond Jubilee Medal in recognition of his contribution to Canada and Nova Scotia through the arts, particularly for his work with Capella Regalis Men and Boys Choir.  Nick was the Host of CBC’s Choral Concert for the 2013-14 season. 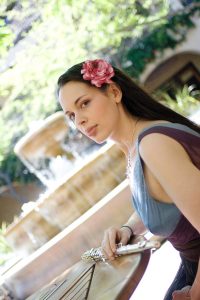 Recognized as an innovative leader and arts professional, Melissa Richmond (She/Her/Hers) is an experienced and award-winning non-profit executive, music educator, and performer. In 2015, She was awarded the Governor’s Arts Award for Distinguished Arts Leadership for her work with the West Claremont Center for Music and the Arts and the City of Claremont’s 250th Celebration. Melissa founded the Summer Concert Series at Union Church, which has now expanded into the West Claremont Center for Music and the Arts (WCCMA). For 12 years, she has served as WCCMA’s Founding Executive and Artistic Director, increasing programming, growing impact, and now leading the charge for the Homecoming Campaign for the new downtown Claremont Creative Center. Through her work with WCCMA and Saint-Gaudens Memorial, Melissa maintains a performing arts program hosting local, national, and internationally recognized musicians. Through WCCMA, she founded the Youth Arts Enrichment Initiative which gives students access to musical instruments, lessons, workshops, and artist residencies. Melissa is also a founding member – with Dinuk Wijeratne and Nick Halley – of the Bach Tree, a program for cultivating creative and collaborative musicians.

Melissa graduated from Dalhousie University with a Bachelor of Music Degree as a flute/piccolo major, and from New England College with an MS Management Degree in Non-Profit Leadership. During her music degree she studied flute with Elizabeth Dubois McCarthy, flute/piccolo with Christine Feierabend, as well as performed in masterclasses and workshops for Patricia Creighton, Paolo Bortolussi, Suzanne Lemieux, and Ivor Rothwell.

Melissa has a passion for collaboration, inspiring music makers and youth, and an abiding commitment to access. Her values drive her approach to program creation, performance, presenting, and education.

Jon Suters (upright bass, Dinuk Wijeratne Trio) was born into a musical family in Long Island, NY and began studying violin at age 9, piano at 10, and double bass at 11. At age 12, Jon started to teach himself guitar and became so enamoured of the instrument and repertoire, that he started guitar lessons with classical guitarists Ed Flower and later Richard Provost. Jon continued his guitar studies as an adult with Ben Verdery, with whom he studied from 2003-2005.

Jon began giving guitar and bass lessons while still in high school and has had a strong roster of private students ever since. He is a part-time music teacher at Berkshire Country Day School in Stockbridge, MA and has taught at Simon’s Rock, Pittsfield Music School, Austen Riggs Center, and Flying Cloud Institute.

Jon continues to perform regularly throughout the region and beyond, including at The Edith Wharton Mount in Lenox, MA where he helped curate The Mount’s “Music After Hours” summer concert series.